UTCB \ I am a student \ Study abroad

International partnerships of UTCB have developed the last 25 years as a result of participation within the 15 European projects TEMPUS of which it coordinated 7.

Based on the cooperation within these projects, in 1988 UTCB has initiated a thematic network project for European Education and Training in Civil Engineering (EUCEET), which was coordinated by ENPC Paris and involved 132 partners from 29 European countries. During the 12 years of activity, the inter-institutional relations of the university have developed and consolidated, increasing at the same time its international visibility. Thus, new perspectives have been opened, materialized by concluding new cooperation agreements with institutions from 3 other continents.

Increasing the visibility and strengthening UTCB’s position in the international community continue to be major objectives of the internationalization process. An essential role is played by the promotion of cooperation with prestigious universities and joint research projects, through the direct involvement of the Department of International Relations. In addition to the more than 60 bilateral agreements with European universities under the Erasmus + program, UTCB has various other types of agreements in place with higher education institutions in Europe, Asia and America.

Our university has joined the Erasmus program in 1998, obtaining the Erasmus card in 2002. The Erasmus office was created in 2015 taking over the responsibility of the Community Programs Office, which managed the program during its first two phases (Socrates – Erasmus and Erasmus Lifelong Learning). In its almost 20 years of Erasmus experience, UTCB has gradually increased its number of partnerships to 64 in 2014. In present, 47 bilateral agreements are currently active.

Founded in 1948 at Imperial College London, IAESTE is a non-political, independent and non-governmental association formed by National Committees and whose main mission is to ensure the operation of an exchange program for student internships. The association offers on the one hand to the students internships specific to the field of study and, on the other hand, it offers to the companies that receive the students in practice, motivated young people, eager to raise their level of training in the chosen profession.

Each member collects offers from employers willing to receive students from abroad for internships, as a complementary activity to university education. Internship offers between members operate on a reciprocal basis.Through affiliated universities, students who meet the requirements of employers are selected, as they it is stipulated in the offers. Details of the selected students are then sent to employers for approval.

Bidding companies and institutions pay students an allowance to cover their subsistence costs during the internship. The costs of transport to the host country and personal insurance during the traineeship shall be borne by the trainee.The IAESTE Romania Association is an NGO created to continue the activity supported by the International Relations Office of the Ion Mincu University of Architecture and Urbanism in collaboration with IAESTE International for 10 years and which represents Romania in this program. In 2008 IAESTE Romania became a full member of IAESTE International.

• to offer students a practical experience relevant to their studies;

• to be a source of cultural enrichment for both trainees and employers.

The IAESTE program is open to any student who wishes to do an internship abroad, if he has graduated the first semester of study and has the level of technical and linguistic skills required by the employer. The number of available places depends on the offers received, which are communicated annually by posting on the site. More details on the program and how to select candidates can be found here: www.dri.utcb.ro

Over the years UTCB has been:

Since 2001 UTCB has a Double Diploma agreement with l’École des Ponts – ParisTech (ENPC), being the only technical university in Romania that benefits on such a protocol. Up to now a total of 52 UTCB’s graduates hold the ENPC diploma. 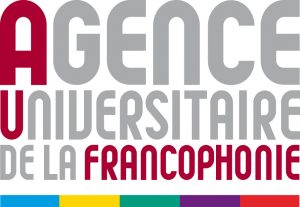