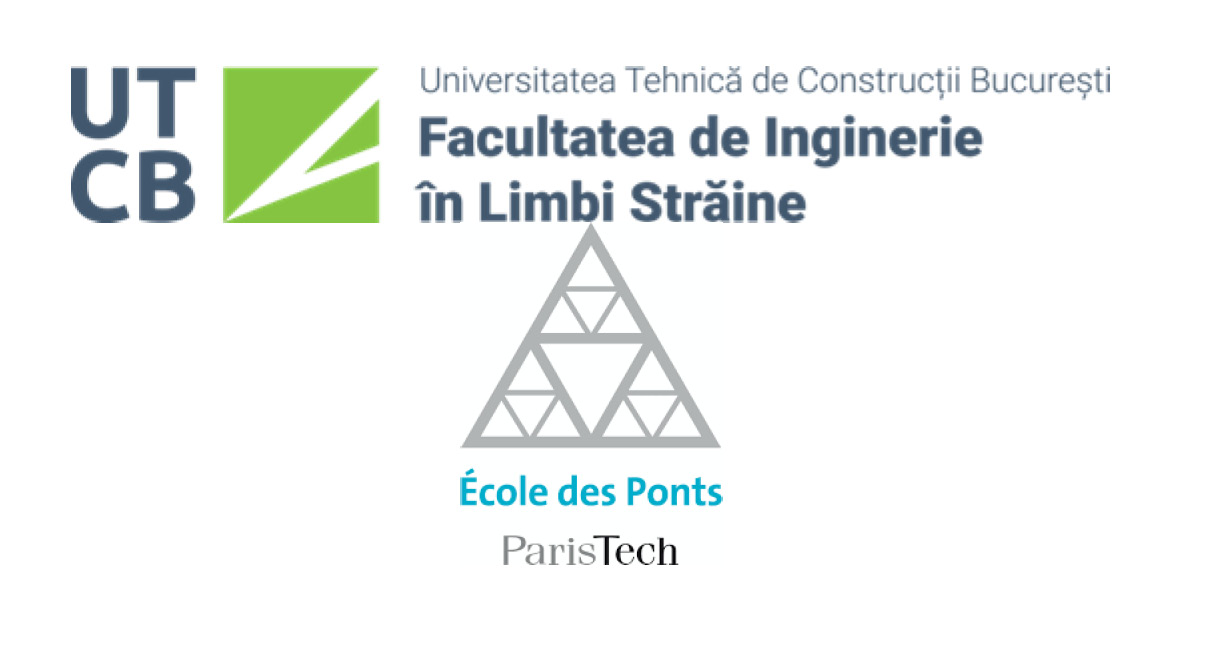 On Thursday, June 18, 202, the dissertations of the graduates of the FILS master’s degree in Structural Engineering (taught in French) who are participants in the double-degree agreement with the École des Ponts ParisTech will take place. The examination commission is French-Romanian, along with the professors from UTCB, also participating Prof. Thibaut Skrzypek.

This year we will have 3 new graduates with a double degree, who will join the over 50 such graduates who are successfully working in Romania, France or other countries. Congratulations Cristina Alexan, Georgiana Noureanu Bucur and Cătălin Leau!